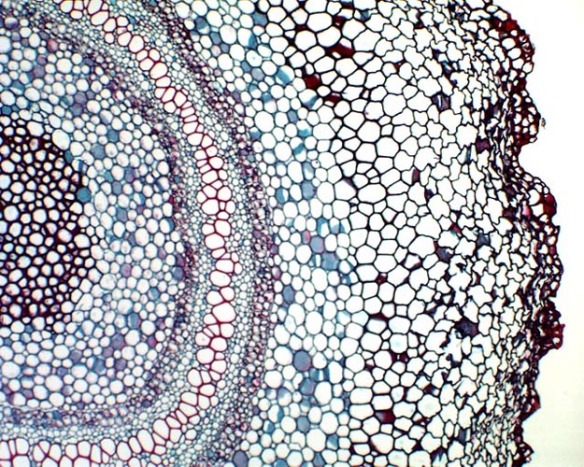 I have decided not to attend the Society for Cinema and Media Studies conference in March.  My reasons are largely financial.  My institution has a limited budget for research expenses and I did not receive any funding for the trip.  This particular year, I can’t afford to pay entirely out of pocket.  The conference has become a major expense since I moved to Scotland in 2009: $200 for the conference, $800 for the plane ticket, $500 for several nights in a hotel in Philadelphia, Los Angeles, New Orleans, Boston, Chicago, etc.

I will miss the SCMS conference.  It offers a valuable snapshot of the discipline.  I learn what people are working on and what subfields are developing.  I meet new colleagues and potential collaborators.  And: I catch up with old friends, colleagues, and mentors.  It has become a kind of lifeline to an academic and social world outside of Northeast Scotland.

There are other conferences, of course.  And some outstanding ones in Film and Media Studies across the UK and continental Europe.

But my decision not to attend the SCMS conference this year has me thinking about academic conferences (esp. the large, multi-day, many-paneled, state-of-the-discipline events) and the more inclusive, accessible, and environmentally sustainable alternatives that (I hope) are on the way.

The shape and scope of academic conferences (SCMS, but also MLA, ACLA, etc.) belong to another economic, professional, and historical moment, one in which oil was cheap, humanities budgets were healthier, and long-term, full-time academic employment outstripped part-time, contingent, and unprotected academic labor.  In 2009, Brian Coxhall, wrote a paper for his MLA panel—“Today’s Teachers, Today’s Students: Economics”—on his decision not to attend the MLA.  The panel Chair read the paper in Coxhall’s absence.  At the time, Coxhall was an adjunct professor; today he is a post-doctoral fellow at Emory University.  The paper, entitled “The Absent Presence: Today’s Faculty” went viral at the conference and has since circulated in regular waves in academic forums online.  From the paper:

I can’t imagine that I’m alone in this dilemma of not attending this year’s convention due to finances and the anemic job market. After all, as The New York Times reported on 17 December, the number of listings in the MLA’s Job Information List was down 37% from 2008’s numbers, the sharpest decline since MLA started tracking job ads in 1974. It’s not like 2008 was a banner year, however. The listings a year ago were down 26% from what they had been in 2007. Landing a job in the professoriate has been difficult for well more than this decade, but the recent economic crisis has necessitated (or allowed, if we’re feeling cynical) administrators trimming budgets so that less and less tenure-track faculty are hired. What this means is that more and more contingent faculty are employed to teach the increasing number of students who are matriculating at the nation’s universities. So…perhaps it’s not that employment is going down for humanists with the PhD. Rather, it is sustainable employment that is evaporating. (I’m looking at you, California.) After all, the demand for contingent faculty labor will probably rise sharply as the number of students enrolling in colleges rises due to the nation’s recent economic crisis. […]

I especially appreciate how large the MLA is since I can find opportunities to attend panels that represent the full 150 years of American literature that my research covers. Attending this conference (or others) keeps me abreast of the latest scholarship and helps me produce scholarship that pushes the state of my fields forward. As one of today’s teachers, attending conferences helps me be more prepared to teach today’s students these new developments, preparing them to be more effective readers of literature, whether they are English or biostatistics majors. Moreover, it is at conferences that I am most likely to have the opportunity to meet with old and new colleagues whose work intersects most closely with my own. Schools only need so many Shakespeare scholars; not so the MLA! Yet attending conferences isn’t just about seeing old friends; the relationships formed with colleagues at conferences again help us produce scholarship. For just one example, the panel that I spoke on last year has resulted in a book-length collaboration among the four panelists, none of whom had met previously. When the majority of faculty (who are, again, contingent faculty) cannot attend the MLA (or any other conference), it results in a faculty that cannot advance, that does not, in other words, appear to be doing the things that would warrant their conversion to the tenure track. Our placement as contingent faculty quickly becomes a self-fulfilling event.

To be clear: I am not trying to draw any comparison between Coxhall’s economic position/decision and my own.  I also don’t understand the terms of the dilemma in quite the same way. We do not need to improve academic working conditions in order to circulate more scholars through conferences.  We need to rethink the academic conference in order to improve scholarship, expand networks of academic collaboration, and reach contingent faculty.  We cannot wait for the economy or academic institutions to change.  And we don’t need to.  Coxhall reached more colleagues as a virtual voice than he ever could have as a traditional panelist.

Even if the economy was to improve and departments were to respond in kind (increasing research budgets, expanding faculty numbers, improving employment terms, etc.), the traditional academic conference would still need retooling in order to serve the contemporary literary and visual humanities.  Coxhall and I agree that conferences like the SCMS and MLA keep scholars in touch with contemporary scholarship and the state-of-the-field.  But the expense (in money and time) of overseas travel necessarily excludes most academics outside of North America.  Indeed, these conferences tend to represent the state of American scholarship, no matter their disciplinary aspirations or obligations to cross national boundaries.

SCMS held its first conference outside of North America in London in 2005.  In 2009, the conference was to be held in Japan, but the event was cancelled due to the flu pandemic and travel restrictions. The language of the SCMS mission statement importantly reflects an expansive and inclusive disciplinary posture:

SCMS seeks to further media study within higher education and the wider cultural sphere, and to serve as a resource for scholars, teachers, administrators, and the public. SCMS works to maintain productive relationships with organizations in other nations, disciplines, and areas of media study; to foster dialogue between media industries and scholars; and to promote the preservation of our film, television, and media heritage. We encourage membership and participation of scholars and those in related positions not only in the US but around the world.

So long as these aims are tied to physical travel, they will be forever delayed, deferred, rerouted.

A final point contra the traditional conference: they are not good for the environment.  Hundreds (sometimes thousands) of people fly from one coast (or continent) to another to share space, time, and ideas.  The end is admirable, but the carbon footprint is large.  The routes of wasteful, circuitous travel expand exponentially when conferences are joined to the job market.  Schools and candidates fly from coast to coast to be in one place at one time, though they may have been geographically closer before they ever left town.

Small changes have been unfolding over the last couple of years.  The MLA has a twitter feed and an online presence for those who cannot attend.  SCMS recently launched a refashioned website that encourages professional networking in advance and outside of the conference.  But these features remain supplements to the live event, rather than viable alternatives to it.  Smaller organizations seem to have more ambitious virtual projects.  Cornell’s Society for the Humanities live-streamed its last two conferences.  In 2013, the University of South Carolina and the University of Beyreuth will host a conference in two locations, virtually joined together.  According to the organizers, “The conference proceedings will be broadcast via live-stream on the internet and later as podcasts. There are plans for a live audience in Bayreuth and possibly elsewhere to be linked via video-conference. All lectures will be given in English. Additional discussions, questions, and suggestions may be added through Facebook.”  It’s a start.  And I am interested to hear about other plans/projects on the horizon.

However, as Film and Media scholars, we should be experimenting more aggressively with the boundaries of the traditional conference.  We are in a privileged position, trained to read mixed and multimedia texts and analyze the effects (and affects) of hybrid forms of audiovisual expression: at once real and virtual, present and absent, lived and recorded (streamed, digitized) time.