In 2009, the EYE Film Institute invited the public to remix 21 film fragments from the Dutch early cinema collection.  In 2010, Paul D. Miller (aka DJ Spooky) debuted his remix of Dziga Vertov’s Kino-Glaz/Kino-Pravda at the Tate Modern in London.  From Chandler McWilliam’s computer-generated Silent to Ross Whyte’s electroacoustic “glitches,” film’s first decades have been found and reformed online.  These remixes mark the proliferation of digital film archives and video-sharing platforms.  They intervene amid vigorous debates about copyright law, fair-use, and the aesthetic and political possibilities of remix culture.  But these films also raise crucial questions about the affinities between old and new media, early film and contemporary digital culture.  EYE gave the following explanation for their own (institutional) interest in a remix “contest”: END_OF_DOCUMENT_TOKEN_TO_BE_REPLACED

A trailer for a (not-yet-made) film with 3571 producers from Riot Cinema Collective.

I have a vague sketch for a film production course entitled “Cinema on a Shoestring.”  It would be an “obstacles” approach to practice.  First assignment: make a trailer for a film that you have not made/written.  How do you make the not-yet-made a creative asset, rather than a gaping absence?  Second assignment: make your film with one shot and no post-production.

At the moment, I use the Riot Cinema Collective (a group of young Spanish filmmakers and thousands of virtual supporters) in my Intro to Film course as a way of demonstrating new (global) modes/models of production and distribution.  The RCC posted this teaser trailer online and invited their community to remix and remake. There are now hundreds of trailers in dozens of languages for a film that does not (and may never) exist.

Wading through an (overdue) article revision has taken up a lot of time these last two weeks.  Lifted my head yesterday and came across this fashion spread in the NYT, this blog, and this short film.  Travis Gumbs and Joshua Kissi are the writers / designers / stylists / retailers behind it all.  They are 22 years old and their site receives a breathtaking 20,000 hits per day.  From the NYTimes article on the college students and fashion phenoms:

END_OF_DOCUMENT_TOKEN_TO_BE_REPLACED

Only a handful of screening events make me jealous of New York City lives.  The Cinema 16 project is one of them.  Curator Molly Surno pairs local bands with obscure silent films. Musicians have one month to compose an original score.  Above, Nathan Mckee accompanies two animated works.  The video and sound are both terrible, and the camera apparently died halfway through the performance.  But.  I imagine it was wonderful to be there.  Lazaro Valiente accompanies the “furies” montage from Crime Without Passion by (Slavko Vorkapich, 1934) here. 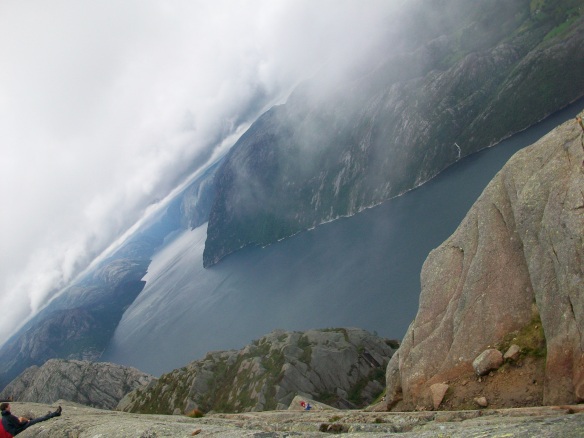 Back from a film-free holiday in Norway to discover found sound and lost sound.  The latter redefines the orphan: a music video searching for sound.